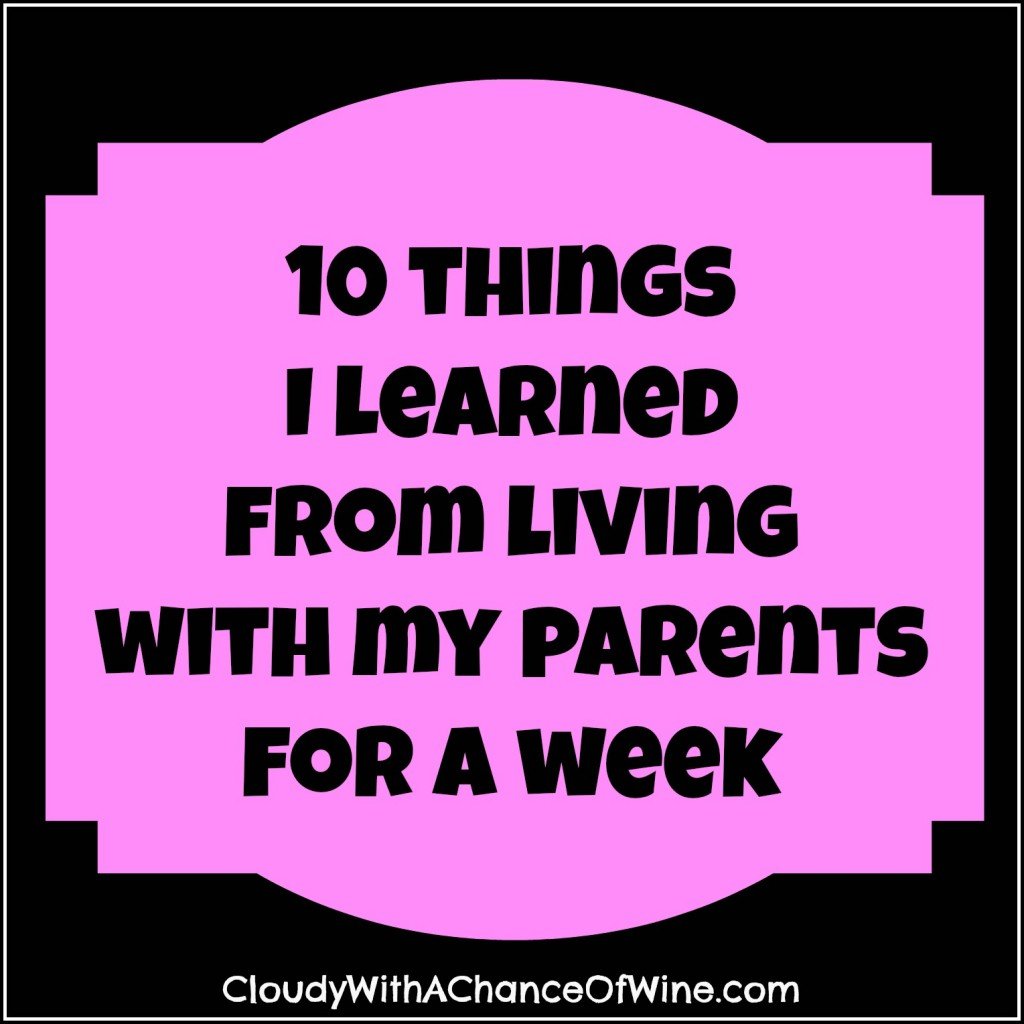 It's been 18 years since I left home (gasp!), and I'd all but forgotten what it feels like to live under the same roof as my parents until I spent 7 days and nights with them at the end of May.

I'd forgotten the way my mother bangs and slams AS LOUD AS SHE POSSIBLY CAN in the kitchen when she's cooking.

I'd forgotten the way my dad is constantly running to Home Depot or Lowes to buy new home improvement gimmicks.

I'd forgotten how much we laugh when we're together.

It's funny how that happens, isn't it?

You grow up, move out on your own, and become too self-absorbed to remember all of the little things that once seemed so much a part of you, and then, not 30 seconds after you step through the front door of your parents' place after a long hiatus, something as simple as a sight, sound, or smell can immediately take you back to a different time.

A time when someone else did all the worrying for you, and your biggest concern was whether-or-not you had enough of your allowance stashed away to get you through happy hour all weekend.

That's the funny thing about growing up. We forget about the cushy gig we had going for so long while we were kids, and when we do take our heads out of our bums long enough to visit our parents for a week here and there in hopes we'll score some free babysitting out of it, we find ourselves appreciating all of the reminders of our childhood and regretting the fact that we don't visit more often.

Because we just can't get enough of it.

And we keep learning new things about these people we seemingly knew so well throughout our childhood.

So here you have it.

10 things I learned from living with my parents for a week.

1. My mother uses more bleach than a hospital janitor.

2. My mother has a fetish for throw pillows. But they have to be placed "just so." In fact, when she caught me snapping the photo below, she insisted I let her at least re-arrange them, and it took her 6 tries until she was satisfied with how they look. I'm assuming my obsessive personality came from her? 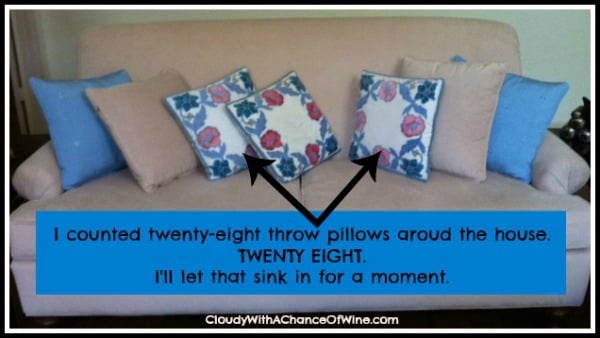 3. My husband and I consume a ridiculous amount of food on a daily basis (and I was extremely angry my scale didn't tell me I'd lost 10 lbs when I got home after all of the stomach growling I'd endured so as not to look like the pig I really am in front of them).

4. My obsession with food safety did not come from my mother.

5. My dad is the best story teller ever, but that's probably because his version of every story is slightly inappropriate.

6. My parents are healthier than I'll ever be. 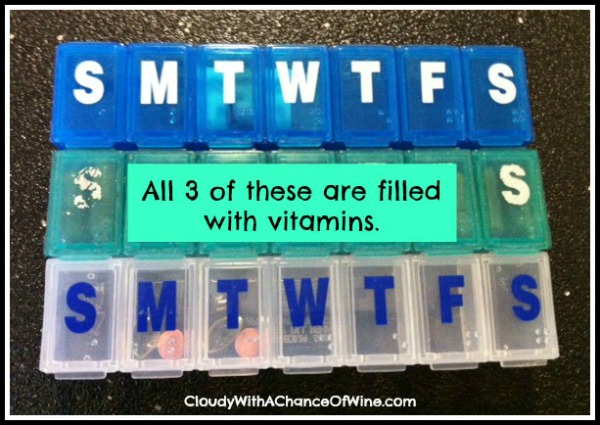 7. My mother is still a back seat driver, and I'm pretty sure she wet her pants on more than one occasion when I was driving.

8. My dad owns more dress shirts than anyone I've ever met. 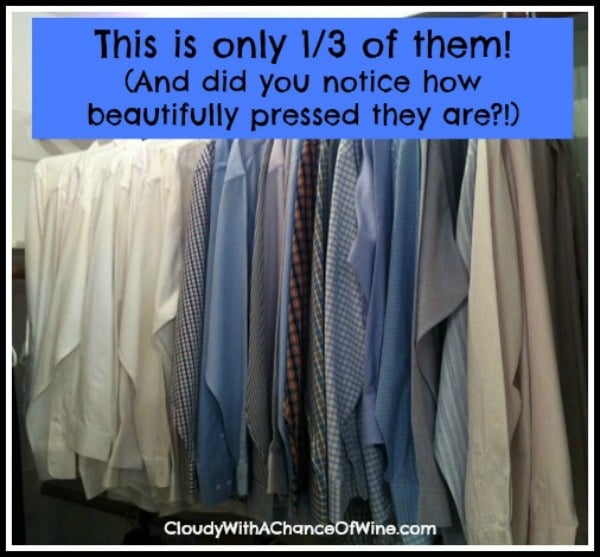 9. The quieter I ask my father to be during naptime, the more likely he is to yell my name from across the room and slam every door in the house.

10. I need to visit my parents more often. They're pretty awesome.

What kind of stuff have you learned when you've visited your parents?

15 reasons to celebrate the end of summer 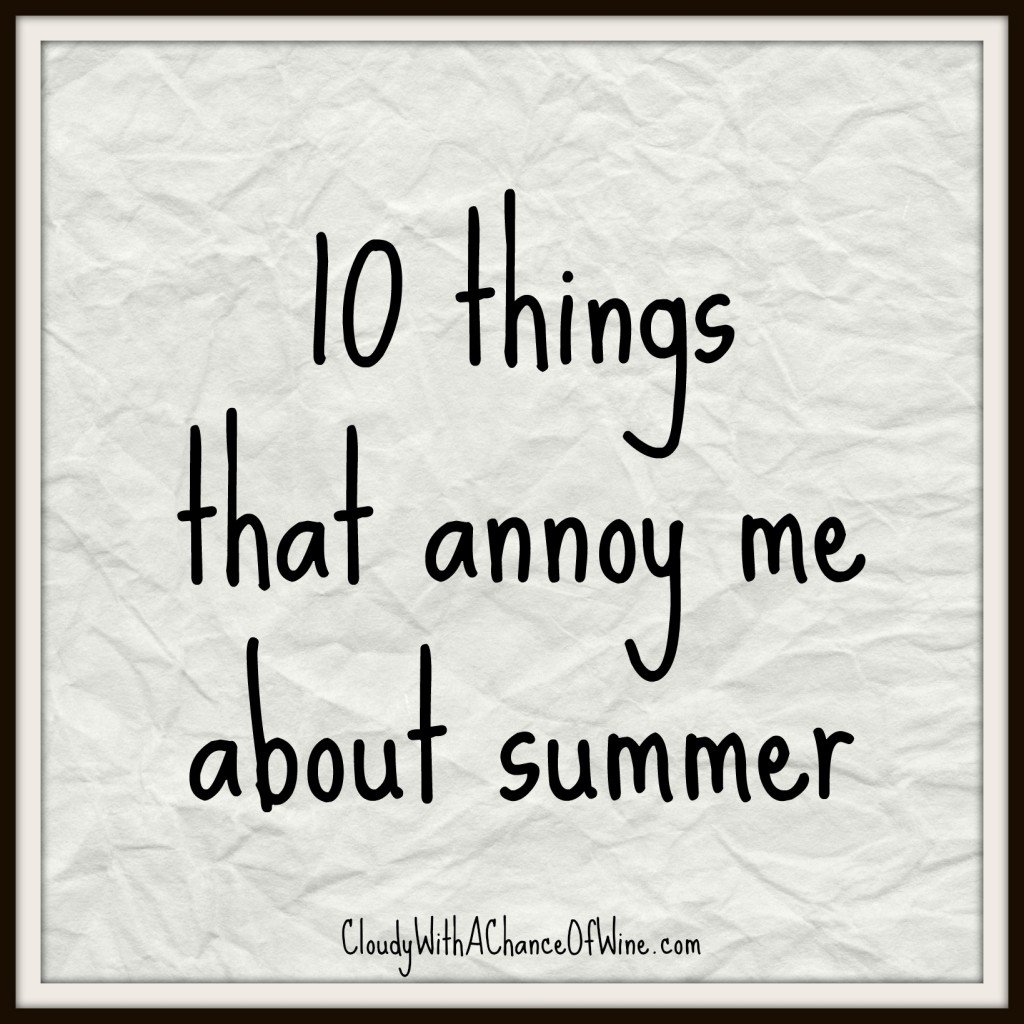 10 things that annoy me about summer