The Summer I Worked For Howard Stern 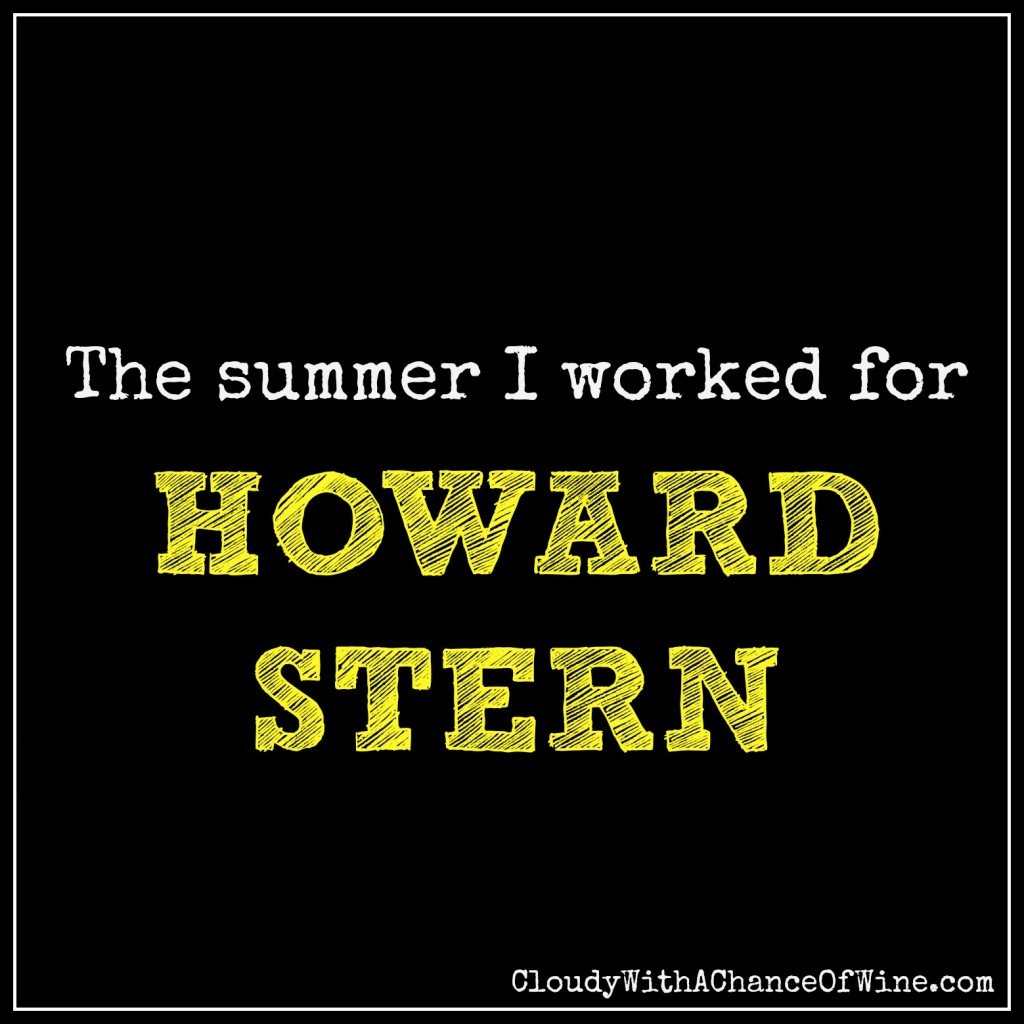 When I graduated from college, I decided I needed to take a year off before applying to grad school to get my MBA.

And I needed a break.

So I accepted the first advertising position that came my way and promised myself I would spend all of my free time studying for the GMAT.

But that was a lie.

I liked earning my own money too much, and I liked not having to worrying about essays and exams and presentations every single night of my life.

So I decided to put the MBA on hold for a while (read: forever), and instead focused my energy on climbing the corporate ladder, while simultaneously partying with my friends all. night. long.

But then I dated (and dumped) my boss, and I had to find another job.

The good news is, jobs were much easier to come by back then, and within a month I landed a position that paid me $12K more that I was making.

The bad news is, I was so hung up on that $12K that I ignored that gnawing feeling I had in the pit of my stomach that the move wasn't a good one.

Money will do that to you when you're 24-years-old.

Heck, money will do that to you when you're 36-years-old.

So I took the job.

And 2 weeks later I was a proud Account Director with my own office, reporting into a guy named Howard Stern.

I'm not kidding you. That was his name.

Howard seemed like a harmless guy at first, but it didn't take long before I realized he was a total sleaze ball.

I didn't like the way he looked at me.

I didn't like the things he said to me.

And I didn't like the way he treated me.

But I needed that job to pay my rent, so I dragged myself out of bed every morning, drove 30 minutes in my non-airconditioned car, and put up with Howard Stern's crap.

And then this conversation happened in our weekly management meeting.

Howard: Dani, I need you to hire a receptionist.

Me: Okay. When do you need him or her to start?

Howard: SHE needs to start immediately.

Me: Okay. What kind of credentials are you looking for?

Rest of Male Management Team: Big Boobs! She has to have big boobs!

Rest of Female Management Team: You guys are jerks!

Me: Okay. Seriously.What kind of credentials are you looking for?

Howard: Can I be frank with you, Dani? Because I can tell you one thing: if boob size mattered to me, you would've been fired months ago.

Me: That would be my cue to leave.

I wish I could tell you I walked straight to my car that morning, but I still had to pay my rent, so I had to swallow my pride and return to my office.

But it wasn't long before I found a bigger and better gig that sent me traveling all over the world.

And until I found that job, Howard Stern walked on egg shells around me.

I think he was afraid I was going to file a sexual harassment suit against him.

Do you have any bad boss stories?