Why I Stopped Drinking At Work Events 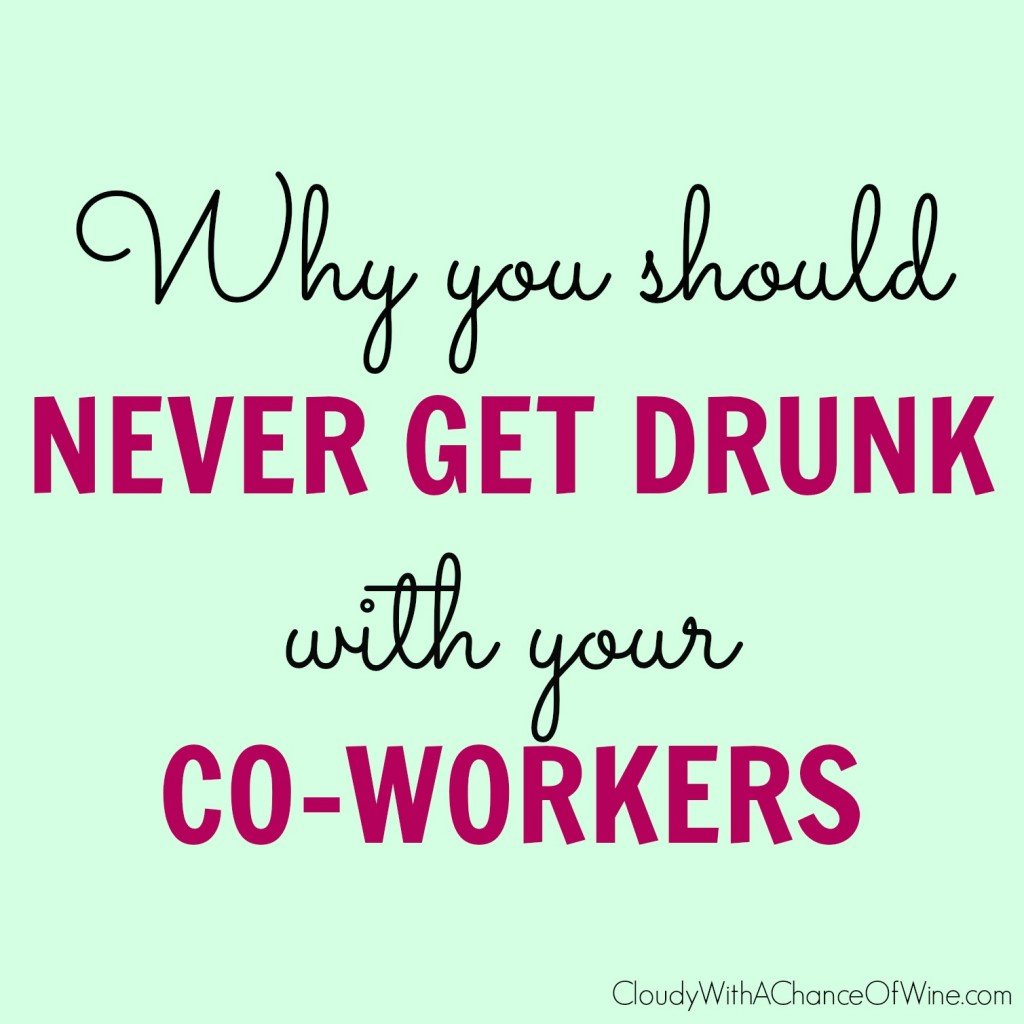 I spend a lot of time on this blog trying to make you laugh with stories about my functionally dysfunctional family, what it was like growing up in South East Asia, and how I'm failing at this thing called motherhood.

But today I'm going to do something different.

I'm going to tell you a funny story from a time, many years ago now, when I wore pants with buttons and had a career that didn't involve wiping someone else's bum.

I'd just landed a job at a small international marketing firm that sent me to exotic destinations like Malaysia, Thailand, and The Philippines a few times a year.

It was my dream job.

I looked forward to going to the office every morning.

I worked through my lunches.

I took conference calls at all hours of the night.

I worked on weekends.

And I loved every second of it.

But, like all good things, my love affair with my international job eventually came to an end 3 years later.

Because all of the women in the office decided to get pregnant, quit their jobs, and become stay-at-home-moms at the same time.

And it was 6 years too soon for me to hop on that bandwagon.

Now, my boss was no dummy and knew the idea of trading in the glam of international travel would be anything but appealing to me.

So he offered me a promotion.

And I gladly took both of them.

The only problem was, the promotion gave me too much authority, and with a group of gals in their early 20s reporting into me, I was known to bend the rules.

Afternoon trips to the mall? Only if I can come!

Cocktails on Friday afternoons? First round's on me!

And one day, I took things a little too far.

I'd recently ended a relationship with one of the biggest losers on the planet (second only to Douche Rocket), and I was reveling in post-break-up bliss, so when an invite to a vendor function landed on my desk, I decided it would be a great idea if the gals and I made a night out of it.

Do you know how much booze people in their early 20s drink?

I could barely keep up.

And just before we were about to leave the vendor function to go to another bar down the street so my assistant could introduce me to that guy she wanted to set me up with, it happened.

I turned to the girl next to me.

I opened my mouth to tell her I had to go to the bathroom.

And vomit started spewing out of my mouth like a bad Saturday Night Live skit.

And no matter how hard I tried, I could. not. stop. barfing.

I stopped drinking at work events after that.

And I still can't believe I didn't get fired.

What's the worse place you ever got drunk and made an ass out of yourself?