Why I Was Never Allowed To Have A Hamster 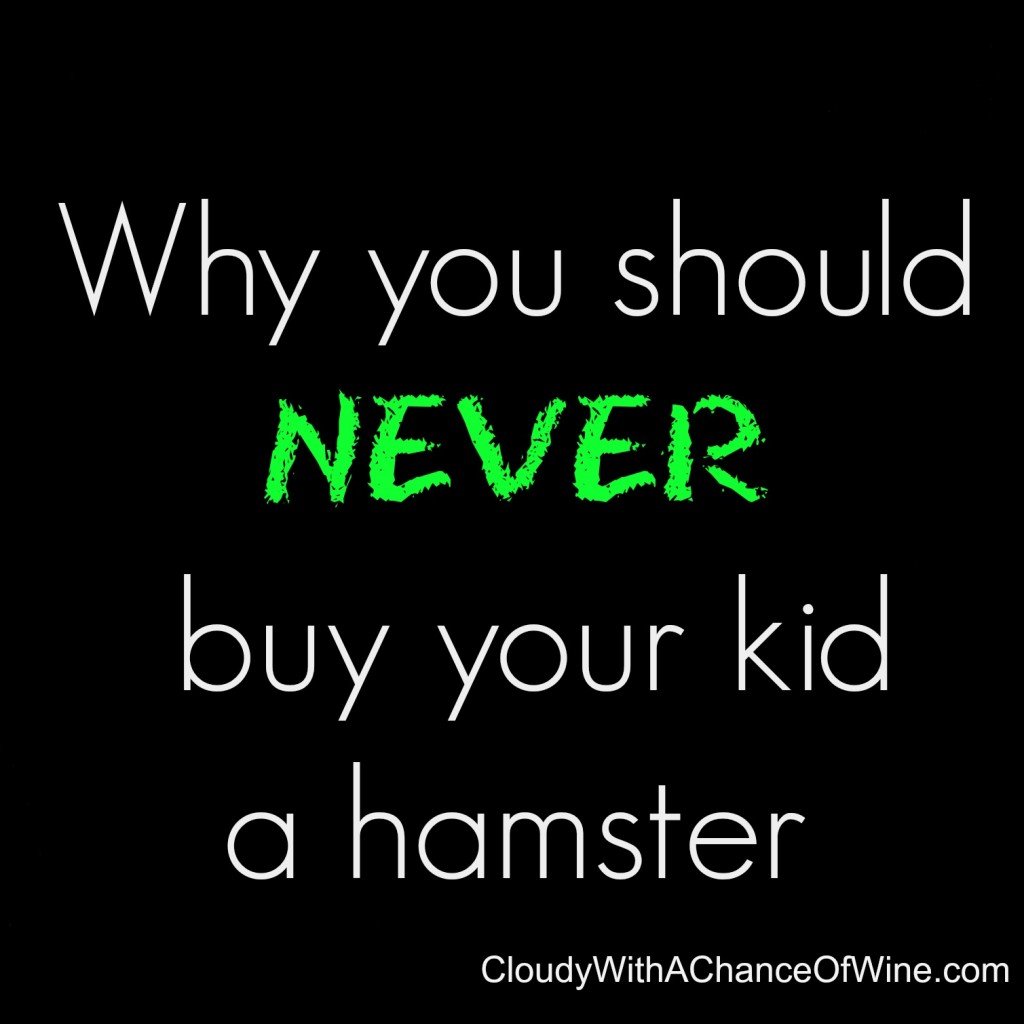 A couple of weeks ago, my 2-year-old received her first chain letter.

I'll let that sink in for a minute.

It contained strict instructions for her to send one packet of stickers to 10 of her friends, as well as the 3 random kids listed at the bottom of the letter, and reminded her that if she didn't act within 7 days, 5 hours, and 39 seconds, she would permanently ruin the lives of all of the other children involved.

Because every 2-year-old needs that kind of pressure.

Six weeks later, I found the letter buried in the bottomless pit of mail we keep by the front door, and realized I had totally failed at my first attempt at organized fun as a parent.

Feeling like a scrooge, I poured myself a glass of wine and took to the internet, where I stumbled upon THIS POST by my dear friend Meredith (aka The Mom of the Year), about Dudley the Duck.

As I was reading the horror that my poor friend went through, I came to a sad realization: if I can't handle a silly chain letter, I'm going to be in serious trouble when my child starts school.

But then I remembered that weekend back in fourth grade when I took the class hamster home for the weekend and figured if my mother was able to pull us through that, I'd probably be okay.

I remember that weekend it like it was yesterday.

My mum, sister, and I had just moved back to the US for a year while my dad was trying to get a new project off the ground in a remote part of Asia, so we only saw him every 4 months or so. Add the fact that my sister and I had been uprooted in the middle of the school year, and things were a little emotional on the home front.

But I was lucky enough to have meshed well with the gals at my new school, and about a month after we'd settled into our new home, I found out it was my turn to take the class hamster home for the weekend.

My mother was not happy with this idea, but she knew how important it was to me and, good sport that she was, loaded Butterscotch's cage into the back of her Firebird.

When we got home, I put Butterscotch into her exercise ball so she could have free reign of the house without my mother sucking her up with the vacuum or dropping an iron on her, and, as if on cue, the front door opened and my Dad walked in. He'd flown back to the US as a surprise to spend the weekend with us.

We all stared at him in disbelief.

She walked straight over to him.

And since he didn't know there was a living animal inside that green-colored ball, he dropped-kicked her clear across the living room.

Thankfully, Butterscotch did not.

The rest of the weekend went off without a hitch, but we were all pretty miserable once Sunday night hit and we had to say goodbye to my dad.

But my mum's not one to sit and stew, so she pulled out the scented wood chips she'd bought the day before, and the 2 of us set about cleaning Butterscotch's cage.

Thirty minutes later, when the cage was clean, my jammies were on, and my teeth were brushed, I noticed a faint squeaking sound coming from the corner of my bedroom, and when I looked over, I noticed Butterscotch was hanging upside down from the top of her cage, screaming for her life.

Two hours, one emergency veterinary visit, and who knows how many hundreds of dollars later, we discovered Butterscotch was allergic to the scented wood chips my mum had bought. And since all of the stores were closed at that time of night, we were instructed to use shredded newspaper.

By this point, I was inconsolable.

What if the other kids hated me when they saw the newspaper and found out we'd almost killed Butterscotch?

But my mum assured me everything would be fine.

And when we got to school the next day, she gave a cool little presentation to my class about the exciting thing I had discovered about Butterscotch over the weekend.

Everyone thought I was a hero, and the following month, my teacher asked my mum if we'd be willing to take the class rabbit home for the weekend.

And my mother came THIS CLOSE to slapping her across the face.