Why My Sister Isn’t Allowed To Babysit My Child 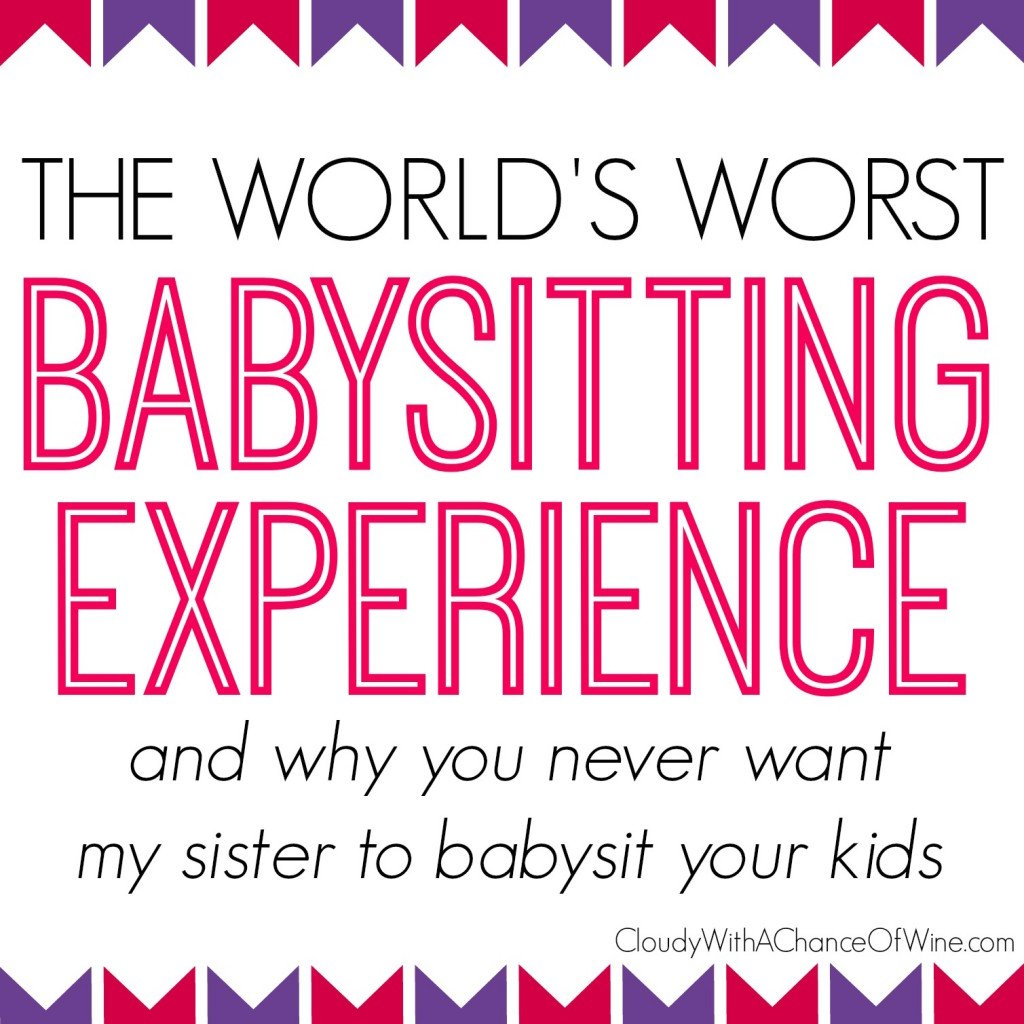 My sister has never been a fan of little kids.

She finds them sticky and snotty and dirty.

So, apart from the few times she was forced to stay home and take care of me when we were growing up, she only ever had one babysitting gig when she was a teenager, and she was never allowed to babysit again after that.

She was 16 at the time, and was guilted into watching our 10-year-old cousin after his regular babysitter cancelled at the last minute. My aunt had a wedding to go to and no back-up plan, and since my cousin was old enough to wipe his own bum and read his own bedtime stories, my sister figured it would be an easy way to earn some extra cash so she could buy Tiffany's new album.

Almost as soon as my aunt got into her K-car and drove away, my cousin decided he was hungry.

Her: Then make something.

Him: Can I make bacon?

Her: Only if you make it in the microwave.

Him: But I don't want to make it in the microwave.

Her: Then you can't have any.

Satisfied that she'd asserted her authority, she plopped herself on the couch, turned on the TV, and all but forgot about him.

Now, in order for you to fully appreciate what happened next, I have to give you a visual of what my aunt's apartment looked like. It had an open-concept living area and was small enough that if someone was sitting in the living room, they could still see and talk to whomever was cooking in the kitchen.

But my sister wasn't interested in talking to my cousin, so she was sitting with her back to him while watching Tootie audition for her first broadway show on TV.

Did you see that episode of The Facts of Life?

The banging didn't bother her.

The silence didn't worry her.

The smell didn't tip her off.

It wasn't until my cousin said her name in a shaky, small voice that she decided to turn around.

And when she did, she saw half of my aunt's kitchen engulfed in flames.

The kid had started a grease fire.

10 minutes and 2 fire engines later, everything was under control and my dad was on his way to pick my sister and cousin up.